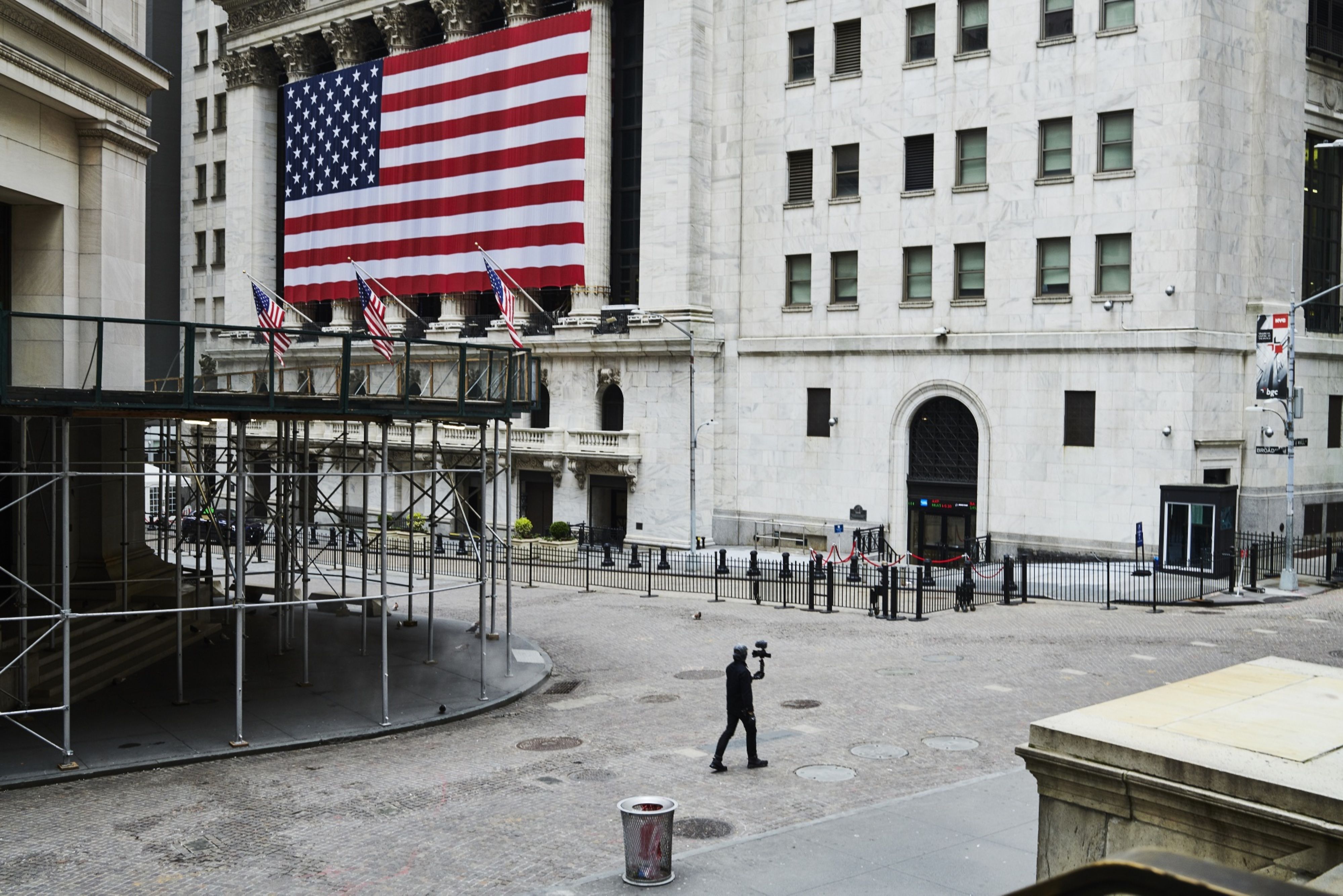 Wall Street bankers are a lot less busy these days, what with the pandemic-induced drop-off in mergers and acquisitions and initial public offerings.

But there’s a gritty, less glamorous dealmaking realm that has held up, and it’s helping banks offset some of that lost M&A and IPO revenue. A variety of companies, looking for liquidity in the weak economy, are selling off big stakes they’ve long held in public corporations.

The latest came Monday when French pharmaceutical giant Sanofi launched a $13 billion sale of its 16-year-old, 21% stake in Regeneron Pharmaceuticals Inc. Regeneron, a New York-based biopharmaceutical firm, agreed to buy back about $5 billion of stock while the remaining $7 billion was sold to public investors in the largest public equity offering in the heathcare industry on record, according to data compiled by Bloomberg.

Sanofi’s move came a few weeks after the pandemic’s first big deal of this kind, PNC Financial Services Group Inc.’s sale of its quarter-century-old stake of more than $13 billion in BlackRock Inc. The sale was the second-largest equity offering in the U.S. since Alibaba Group Holding Ltd.’s $25 billion IPO in 2014, according to data compiled by Bloomberg.

More are coming. SoftBank Group Corp. raised $11.5 billion from transactions related to its stake in Alibaba Group Holding Ltd. which it bought in 2000, and another $2.9 billion capitalizing a 5% stake in its wireless arm. It is also closing in on a deal to sell its roughly 25% T-Mobile US Inc. stake, worth about $20 billion, with a portion being sold to Deutsche Telekom AG, people familiar with the matter have said.

These transactions so far account for some of the biggest-ever announced of their kind. All told, there’s been $80.6 billion over 21 secondary offerings announced this year, which beats $53.1 billion over 36 such deals during the same period last year, according to data compiled by Bloomberg.

That compares with a 33% drop to $22 billion in volume this year for IPOs in the U.S., the data shows. M&A activity involving U.S.-based targets plummeted 62% during the same period, sinking to $241 billion, according to the data.

For Wall Street, the secondary offerings aren’t as lucrative as other dealmaking but they require less work. Banks usually received about 1% to 2% of the deal size for advisers fees, compared to 5% to 7% for handling an IPO. IPOs often involve intensive road shows lasting weeks.

Jim Cooney, head of equity capital markets for the Americas at Bank of America Corp., said the strategies make sense in the current economy. “The market prefers that companies stick to their core mission and monetize non-strategic assets before selling their own equity,” he said.

The offerings mark another way that companies, distressed or not, have been hunting for liquidity since the beginning of the pandemic. Some have drawn down revolving credit lines, sold bonds or new shares and sold stakes to private equity firms. Investors have been willing buyers of shares, attracted by the discounts since shares are marketed at prices below where the stock is trading.

These stake sales have investors speculating on what holdings could be unwound next. Here are some sizable ones to watch based on Bloomberg’s data. Bloomberg News isn’t aware of talks about potential sales of these stakes.

SoftBank is Uber Technologies Inc.’s largest shareholder with a 13% stake worth $7.7 billion. The Japanese conglomerate, led by founder Masayoshi Son, forecasts an operating loss of 1.4 trillion yen ($13 billion) for the fiscal year ended in March after writing down values of the Vision Fund’s investments including WeWork and OneWeb, a satellite operator that filed for bankruptcy.

While it isn’t SoftBank’s oldest or most sizable investment, it could help to recoup some losses.

Walgreens Boots Alliance Inc. is the largest shareholder in AmerisourceBergen Corp. with a 28% stake, worth about $5.3 billion. AmerisourceBergen recently made an offer to buy the Walgreens pharmaceutical wholesale division, Reuters reported earlier this month.

The news had analysts speculating it could be part of a transaction related to Walgreens exiting part of its stake in AmerisourceBergen. The two companies first saw their paths intertwine in 2013 through a $400 million distribution deal that was supposed to last a decade.

Sanofi’s deal to sell Regeneron stock also had analysts speculating it could buy back L’Oreal SA’s 9.4% stake in the drug company.

That, in turn, raises the possibility that L’Oreal would buy back a 23% stake worth $35.5 billion that Nestle SA holds in the French cosmetics maker. Since this is a 40-year plus relationship, the deal idea has been long pitched by bankers. Over the years, both sides have said that the investment is long-term.

Kweichow Moutai has become a favorite stock in mainland China, and is up 15% this year, while the Shanghai Shenzhen CSI 300 Index fell 6.7%. Cashing out could help fuel HKEx’s ambitions as a dealmaker. It made a surprise bid for the London Stock Exchange last year.

Mondelez International Inc., the maker of Oreo cookies and Triscuit crackers, holds about about 13% of Keurig Dr Pepper, following a deal in 2018 when Keurig took control of the soda maker. In early March, right as the pandemic led to lockdowns in North America, Mondelez, and another investor connected to JAB Holdings BV called Maple Holdings BV,sold a $1.1 billion stake in Dr Pepper.

The broader question for investors is whether Mondelez could sell more of its shares, Bank of America analyst Bryan Spillane said at the time. Mondelez could tap its equity stakes as a source of liquidity to fund acquisitions, he said.

The Coca-Cola Co. owns more than 18% of Monster Beverage Corp.’s stock, making it the Corona, California-based company’s largest shareholder, and Monster also uses Coke’s distribution network. While Coke took the minority stake back in 2014 in a push to capitalize on promising new brands, the beverage giant is getting more aggressive with its own offerings, which has sparked tensions with Monster. Analysts have been trying to figure out what Coke’s energy products mean for the future of the partnership.

A 26% stake in Charter Communications Inc. has become a crown jewel for John Malone’s Liberty Broadband Corp. which has guided the company on acquisitions since it invested in 2013. But Malone, a savvy dealmaker, has not stopped reshaping his portfolio even in a pandemic and helped pull off a merger of Liberty Global’s U.K. business with Telefonica SA’s earlier this month.