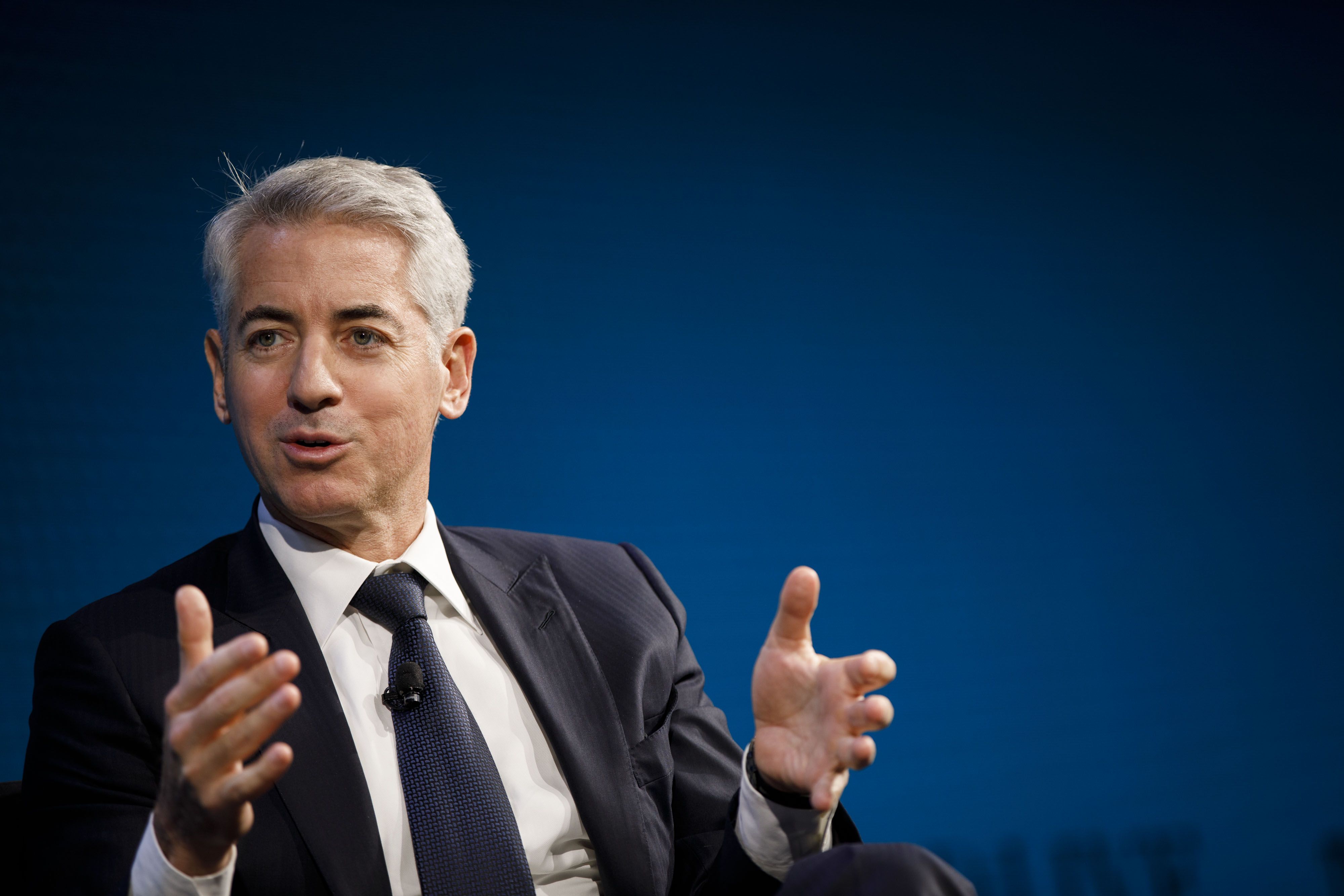 It’s the hot ticket on Wall Street, a symbol that you’ve arrived or can at least persuade investors that you’re on your way: the blank-check company.

Few corners of American finance capture the giddiness of today’s stock market quite like the mad rush into these vehicles, formally known as special purpose acquisition companies, or SPACs.

In fact, even some who are surfing the SPAC wave warn some of these deals will end badly.

Big-name dealmakers, small-name money managers, tech entrepreneurs, even Paul Ryan, the former speaker of the House and former Trump economic adviser Gary Cohn: all want to raise millions or even billions of dollars via SPACs, which offer nothing more than a promise that they’ll find actual, money-making businesses to buy later.

This year, no fewer than 91 SPACs have raised more than $35 billion, approaching half the total raised by SPACs on U.S. exchanges in all previous years.

If history is any guide, the latest generation of SPACs will include a few clunkers.

“You have people who are buying businesses that have no revenue, no earnings and a story,” says Martin Franklin, an industry veteran who’s raised six SPACs over the past decade and a half, and is working on a seventh.

Here’s a look at the SPAC moguls to watch:

Sir Martin Franklin
No. of SPACs: 6
Total money raised: $8 billion
Billionaire Bill Ackman’s partner in a transaction involving Burger King, British-born businessman Franklin is one of the most prominent investors to get involved in SPACs well before they gained popularity. Since 2006, Franklin has raised six SPACs in the U.S. and across the Atlantic. Businesses he has taken public include Nomad Foods Ltd., which owns frozen food brands Birds Eye and Iglo, Spanish and Portuguese business group Promotora de Informaciones SA, or Prisa, and GLG Partners LP, which was once one of the largest European hedge funds. GLG was acquired by rival Man Group Plc three years after its London debut.

Franklin, who Bloomberg News has reported is working with advisers on a seventh blank-check firm, is skeptical of the current crop of SPACs, especially in the U.S. where investors can vote against a deal and redeem their money.

“We’re in silly season in SPAC-land,” Franklin said. “This is going to end badly.”

So far, performances are mixed. Nomad Foods’ value has doubled since the SPAC’s 2014 debut, though Prisa shares went up post merger, it eventually lost almost all of its value.

The pair raised their first blank-check firm in 2011. Their most high-profile deal closed in April, with sports-betting site DraftKings Inc. and gaming software company SBTech going public through their fifth SPAC. DraftKings had a market value of $12 billion as of Wednesday, a three-fold increase from the SPAC’s listing price.

Former Metro-Goldwyn-Mayer Inc. Chairman Sloan said Sagansky, his friend of four decades and former president of CBS Entertainment and Sony Pictures Entertainment, was the one who came up with the idea that they should raise a SPAC.

“He said you could raise money with no particular target. And I thought — you are out of your mind,” Sloan said from his Los Angeles home. “Turns out he is right.”

Their sixth and most recent deal, Flying Eagle Acquisition Corp., which raised $690 million in March, announced just this month a merger with mobile-gaming company Skillz Inc., valuing it at $3.5 billion.

“I think the size of SPACs have gotten too far,” Sloan said. “They’re putting this business a little more at risk because they potentially could disappoint such a big group of investors.”

As for whether there will be a seventh deal from the two, Sagansky said, “We’ll do it as long as we’re having fun and as long as we can find deals that we’re interested in.”

Bill Ackman
No. of SPACs: 2
Total money raised: $5.4 billion
The billionaire activist investor embodies the phrase “go big or go home.” The founder of Pershing Square Capital Management raised $4 billion in a blank-check company in July, the biggest SPAC ever. Ackman’s hedge fund is committed to invest at least another $1 billion when a target is identified. The vehicle seeks what Ackman calls “mature unicorns” — businesses worth $10 billion or more. Ackman has held talks with Airbnb Inc. and payment processor Stripe Inc., Bloomberg has reported.

His record-breaking SPAC is a “unique animal” and a unicorn in its own right, Ackman said in an interview in July. “I don’t know a lot of companies that are writing $5 billion equity checks,” he said.

It isn’t Ackman’s first blank-check company. He raised $1.4 billion via Justice Holdings Ltd. in a 2011 London listing alongside Martin Franklin and Nicolas Berggruen. Justice merged with Burger King Worldwide Inc. after one year and Burger King later merged with Tim Hortons Inc., creating Restaurant Brands International Inc. The company now has a market value of more than $25 billion and has risen more than 60% since the 2014 deal.

Palihapitiya, an early executive at Facebook Inc. and a minority shareholder of the Golden State Warriors basketball team, has since taken two blank-check companies public, raising a combined $1 billion. Those vehicles are looking for private technology companies.

His second SPAC, which raised $360 million in June, is in advanced talks with Opendoor, a property technology startup that counts the Softbank Vision Fund among backers, people with knowledge of the matter have said. The combined company could be valued at about $5 billion in a deal.

Chinh Chu
No. of SPACs: 4
Total money raised: $2.4 billion
After a 25-year career at Blackstone Group Inc. where he was co-head of private equity, Chu in 2015 set up his own private equity firm, CC Capital. Running SPAC deals isn’t so different from private equity transactions, he said — it’s both about strategic and operational changes at the business.

Chu’s CF Corp. in 2017 was part of a consortium that bought life insurer Fidelity & Guaranty Life in a $2.4 billion deal including debt, a rare and complex transaction in which the SPAC target was already a public company. Blackstone Group and serial SPAC dealmaker Bill Foley’s Fidelity National Financial Inc. were also part of the deal.

“Doing a SPAC deal with a public company has a high bar to success,” Chu said. “The sponsor needs to demonstrate to a new shareholder group the potential for transformational change and value creation.”

Michael Klein
No. of SPACs: 4
Total money raised: $4.5 billion
Klein, formerly co-chief executive officer of Citigroup Inc.’s markets and banking businesses, has a similar story as Chu. He took his renowned banking advice into the SPAC world. After leaving Citigroup in 2008 and setting up his own boutique investment firm, M. Klein & Co., he raised four blank-check companies under the Churchill Capital brand.

One of his SPACs announced a merger in July with MultiPlan Inc., a health-care services provider owned by private equity firm Hellman & Friedman. The transaction valued Multiplan at $11 billion including debt, making it the biggest company to go public via a SPAC. He also took London-based analytics firm Clarivate Plc public last year, which almost doubled the SPAC’s value as of Wednesday.

Another of his SPACs is in talks to take Topgolf International Inc. public, Bloomberg News has reported. Topgolf was also considering a traditional IPO.

Gerry Cardinale, Billy Beane
No. of SPACs: 1
Total money raised: $500 million
While SPACs attract repeat issuers, about 60% of the sponsors behind new blank-check firms raised this year have never done it before, according to data compiled by Bloomberg.

That includes the team behind RedBall Acquisition Corp., a partnership between RedBird Capital and Major League Baseball’s Billy Beane, the former Oakland A’s executive made famous by the book and movie “Moneyball.”

Much like other corners of Wall Street, the SPAC arena looks rather homogeneous. Boutique investment bank Perella Weinberg Partners calculated that of the more than 160 SPACs that have gone public since 2019, just one has a woman CEO.

It isn’t necessarily that investors don’t entrust female dealmakers with finding an acquisition, said Betsy Cohen, chairman of FinTech Acquisition Corp III, which could be the only SPAC with an all-female board. “I just don’t think it’s the way women have seen themselves — starting something new.”

Cohen is the founder of Jefferson Bank and Bancorp Inc., a provider of tech solutions to non-bank financial companies. Cohen has been involved with five blank-check firms, all focused on targets in the fintech and technology sectors. Her latest, FTAC Olympus Acquisition Corp., raised $750 million in late August.

“Raising the money on the front-end is not the hard part,” Cohen said from her Maine home. “Finding a company and executing on the back-end is where you have to have knowledge.”

By putting together an all-female board, Cohen, formerly a law professor, hoped to inspire entrepreneurial spirit and introduce women to the legal structure of a SPAC.

The lack of diversity is starting — slowly — to be addressed. Perella Weinberg put together a SPAC, led by its consumer and retail head Stacia Schlosser Ryan, that targets businesses owned and led by women, Bloomberg reported.

“There has to be a pipeline of women that are available and ready to do it,” Cohen said.