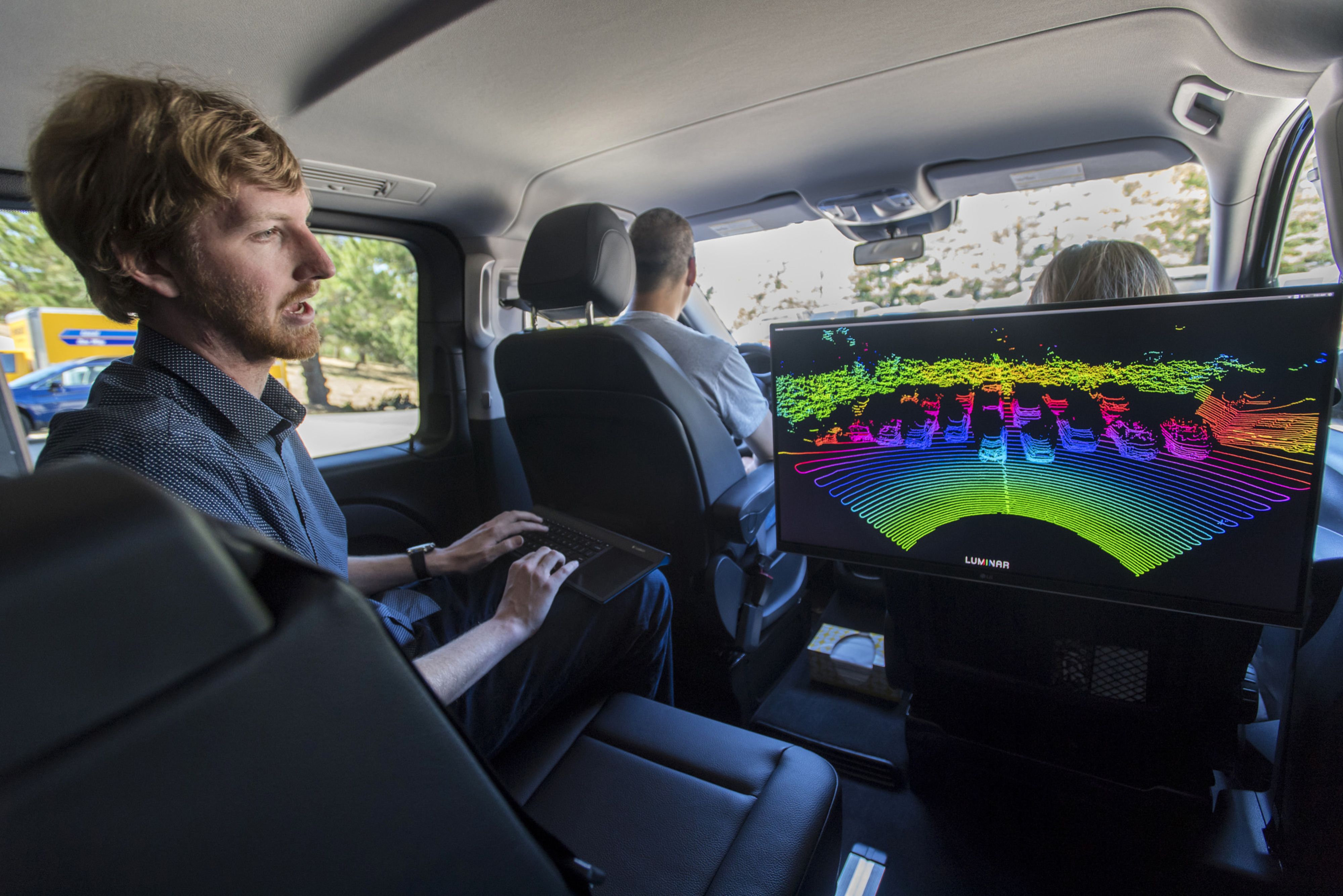 The deal will be paid for with $400 million in cash from the blank-check company, as well as $170 million from other investors including Thiel, a unit of Volvo Car AB and GoPro Inc. founder Nick Woodman, according to a statement.

Luminar is the latest entity to merge with a special purpose acquisition company, or SPAC. The investment vehicles have gone mainstream this year, offering a faster route for startups seeking to go public without the scrutiny or risks of an initial public offering.

Led by 25-year-old CEO Austin Russell, Luminar has emerged from a crowded startup field by bringing down the cost of lidar sensors, which bounce lasers off objects to guide vehicles. The cost of the sensors can run into the tens of thousands of dollars and has been a stumbling block for companies looking to compete in the self-driving car race.

In May, Volvo said it will use Luminar’s technology to enable hands-free highway driving in cars starting in 2022.

Russell said he chose to go public earlier than expected because, amid uncertainty caused by the coronavirus, the boom in blank-check company dealmaking offered a more secure way to access funds than an IPO.

“By the time this is over, we will have brought in north of $500 million — that allows us to make these kinds of strategic investments and additionally accelerate our programs and timelines and customer adoption,” Russell said by phone.

Luminar is aiming to first sell its sensors for advanced-safety features in passenger cars and driverless trucks, rather than fully autonomous fleets of robotaxis, Russell said.

Gores, who’s the CEO of Gores Metropoulos, said Austin developed the only lidar technology that meets the most stringent safety specifications of carmakers, and he did so from scratch. “Luminar is well-positioned to dominate the autonomous landscape,” he added.

Luminar and its existing investors will end up keeping about 80% of the company as part of the deal, and Gores Metropoulos will own about 11%, Russell said.

Auto tech companies have benefited from the boom in blank-check deals, as investors who might have earlier favored traditional IPOs now seek businesses with higher growth.

After the deal closes, Luminar will be traded on the Nasdaq Select Market under the ticker LAZR.