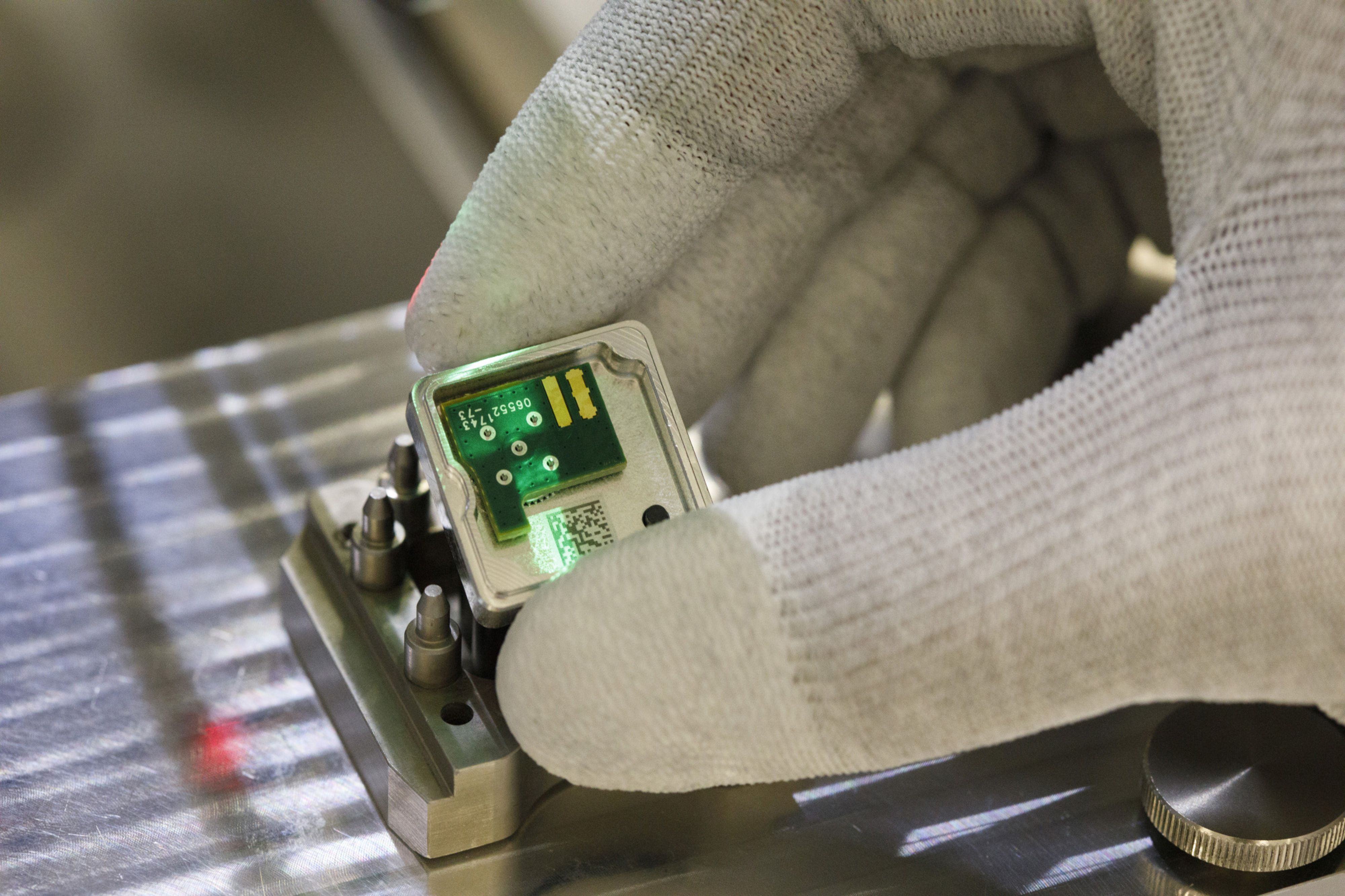 Arm’s importance far outweighs its revenue, which comes from licensing chip fundamentals and selling processor designs. Its technology is at the heart of the more than 1 billion smartphones sold annually. Chips that use its code and its layouts are in everything from factory equipment to home electronics.

The acquisition is fueled by the drive to bring artificial intelligence to everything that has an on-switch, the CEO said. Having succeeded in selling Nvidia’s graphics chips to owners of data centers to speed up image recognition and language processing, Huang is looking to make sure his technology helps spread that to everything from self-driving vehicles to smart meters.

The initial payment from Nvidia marks a small premium over the $31.4 billion that SoftBank paid to acquire Arm in 2016, previously the semiconductor industry’s biggest deal. The Japanese company is expected to own less than 10% of Nvidia following the transaction, according to the statement.

Regulatory approvals may well prove challenging. The companies said sign-offs are needed from China, U.K., European Union and U.S. authorities and may take as long as 18 months. China’s approval may be particularly difficult given rising tensions with the U.S.

“Now Arm will become a U.S. firm, and the conflict over semiconductors between the U.S. and China is becoming fierce as China still controls Arm China,” said Koji Hirai, head of M&A advisory firm Kachitas Corp. in Tokyo.

In comments after the deal announcement, Huang said his team “fully expect to spend time with the regulatory bodies in China,” but have every confidence in getting approval for the takeover.

Another major concern is whether the acquisition will upset Arm’s relationships with customers like Apple Inc. and Intel Corp. The chip designer has been able to work with a broad range of partners in part because it didn’t compete with them.

“We would imagine the bulk of Arm’s current licensees will be (no pun intended) up in arms,” Sanford C. Bernstein analysts including Stacy Rasgon wrote in reaction to the news.

Huang said he will preserve Arm’s neutrality and wants to expand its client list. He argued Nvidia is spending a lot of money for the acquisition and has no incentive to do anything that would cause clients to walk away.

Nvidia said the U.K. company will “continue to operate its open-licensing model while maintaining the global customer neutrality that has been foundational to its success.” Nvidia will add its technology to the offerings licensed by Arm, the Santa Clara, California-based company said.

Arm CEO Simon Segars told reporters on a call early Monday that he’d “had dialog with with many of our customers as the various rumors swirled around.” He said it was important that ARM is able to maintain its current business model “to continue to serve the licensees who’ve been so loyal to us over the years.”

Under Huang, Nvidia has risen rapidly up the ranks of technology companies in market value and influence. Already the dominant force in graphics chips that make video games more realistic, Nvidia has carved out a slice of the market for data center chips and is moving into self-driving vehicles.

Cambridge, U.K.-based Arm has created a successful niche for itself by being independent. Fierce rivals such as Apple, Intel, Samsung Electronics Co., Qualcomm Inc., Broadcom Inc. and Huawei Technologies Co. are all licensees. They either use Arm’s designs as the basis of their own chips or license its instruction set, the fundamental code used by processors to communicate with software, for proprietary efforts.

The acquisition by Nvidia, also a licensee, is a challenge to that neutrality. SoftBank’s purchase four years ago went ahead largely uncontested because the Japanese company wasn’t a comptitor to any of Arm’s customers.

One client that will be directly challenged is Intel. Huang said a priority will be investing in Arm’s efforts to design chips for data-center computing. While he’s carved out a $3 billion niche in the business of supplying Alphabet Inc.’s Google and Facebook Inc. with graphics processors that help with their artificial intelligence workloads, Huang said he wants to speed up the adoption of Arm-based central processors, or CPUs. That’s a lucrative market dominated by Intel, which has about 90% share.

Nvidia announced it will keep Arm’s headquarters in the U.K. and will invest in a new facility there to push forward AI research, educate customers and provide a place for experimentation in robotics and automation. Huang said that commitment demonstrates how the acquisition will add to the U.K.’s technology footprint rather than detracting from it.

SoftBank’s sale of Arm unwinds another strategic investment in favor of boosting liquidity and enabling founder Masayoshi Son to focus on the more tactical investing he has said he wants to pursue.

Nvidia’s Huang runs a company that’s captured the attention of investors like few others in the past decade. Like Son, he’s a charismatic leader espousing a long-term vision of where technology is headed. The Taiwan-born entrepreneur is more engineering-focused than his Japanese counterpart, though, and often publicly delves into the minutiae of semiconductor and computer science.

His latest successful recasting of Nvidia’s technology involves the processing of AI work done in data centers. The company’s chips are among the best at breaking up the manipulation of data into small pieces and then executing that in parallel at high speed.

Huang will also get a large footprint in the mobile industry and smartphones. A previous attempt by Nvidia to break Qualcomm’s dominance of that business failed. The biggest rival to Qualcomm in smartphone processors is Apple’s internal effort. Those two companies are among Arm’s biggest customers.

Even without a presence in mobile, Nvidia’s value has soared in the past decade. The stock, which ended 2010 at $15.42 a share, closed Friday at $486.58. That’s given it a market value of just over $300 billion, almost $100 billion more than Intel, the world’s largest chipmaker with seven times the revenue of Nvidia.