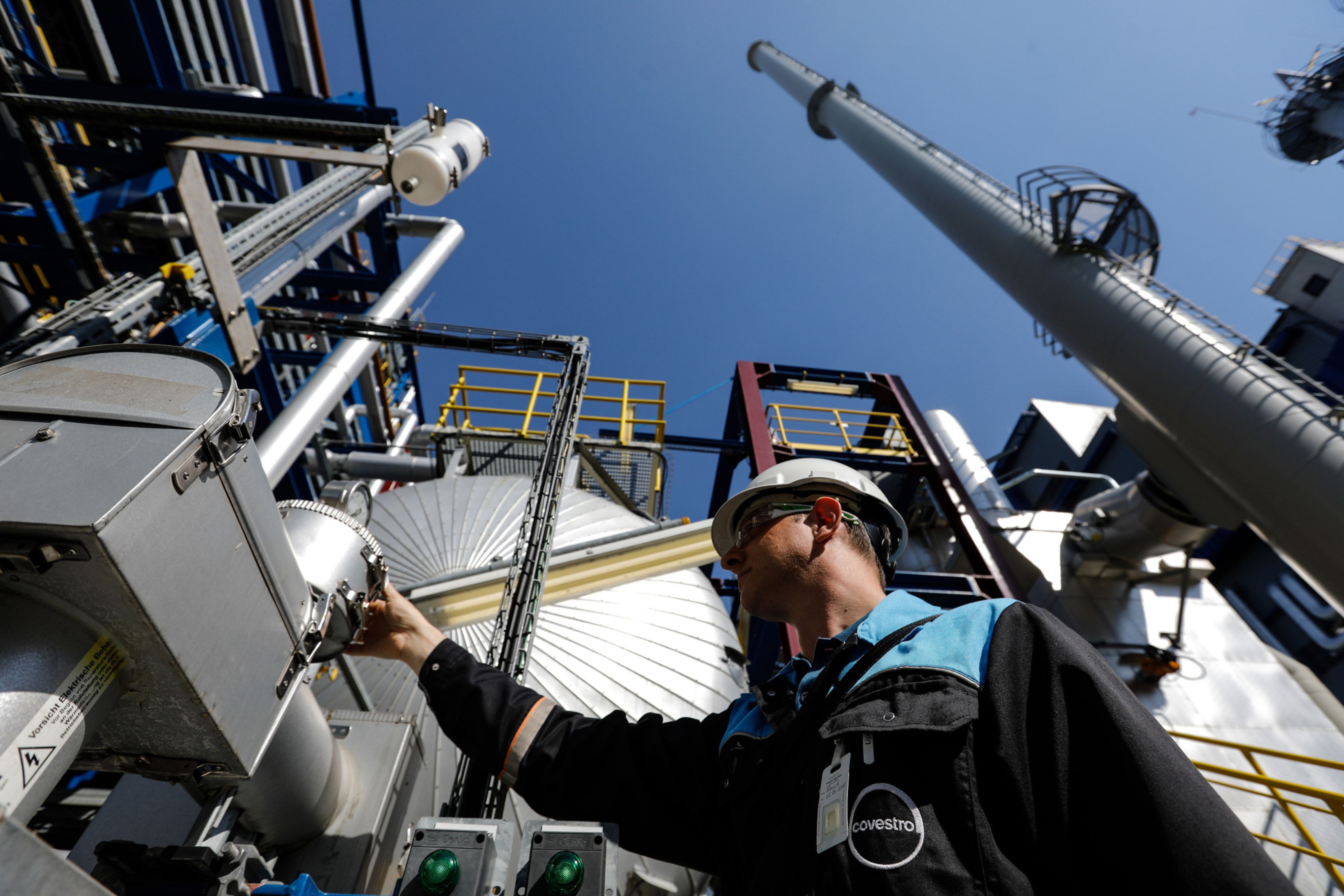 Apollo Global Management Inc.’s recent overture to buy Covestro AG is the latest sign the chemicals sector will be a busy space for dealmaking in the coming months.

Several buyout firms have approached the German manufacturer of plastics in the past year, only to be turned down by its management, according to people with knowledge of the matter, who asked not to be identified as the information is private. Apollo, like its peers, is looking for returns in diversified groups whose valuations have been depressed by the pandemic.

Covestro isn’t the only potential target. Several private equity firms have evaluated potential deals for Switzerland’s Clariant AG, the people said, though any transaction would require convincing top shareholder Saudi Aramco. Lonza Group AG is preparing to kick off a sale process for its chemicals unit, which is attracting interest from industry peers and buyout firms. And Dutch multinational Royal DSM NV is widely viewed as trading at a discount to food-ingredients peers due to its ongoing ownership of a materials division.

“Interest in chemicals remains very high, both from PE as well as corporates, as none of the drivers of M&A activity in the sector have fundamentally changed,” said Telly Zachariades, a managing director at the Valence Group investment bank that’s owned by Piper Sandler Cos. “Sale processes that stalled back in April have restarted and debt providers are offering even more aggressive terms than before.”

Apollo explored a takeover of Covestro and contacted the company, Bloomberg News reported last week. Covestro said at the time that while it’s in regular dialog with parties about strategy and business opportunities, there are no takeover talks with Apollo.

The U.S. buyout firm is among investors comfortable with the hard-nosed competitive world of commodity chemicals, where profit ebbs and flows with economic cycles. It’s looking for a sequel to LyondellBasell Industries NV, still held up as a textbook example of a start-to-finish private equity transaction. That investment earned Apollo an estimated profit of about $10 billion, a person with knowledge of the matter said.

Apollo also knows that the sector is not for the faint-hearted. The Leon Black-led firm’s almost 15-year bet on Hexion ended last year with the resins company filing for creditor-backed bankruptcy. It was still able to generate a return on the investment, according to people with knowledge of the matter. A representative for Apollo declined to comment.

“The attraction of Covestro is that while the business is cyclical, through the cycle, the group is able to generate cash,” said Thomas Wrigglesworth, a chemicals analyst at Citigroup Inc. “The potential financial-buyer interest in Covestro could have ramifications for the valuations of the diversified chemicals in Europe as a new set of ‘value’ shareholders emerge.”

“The multiple disparity between commodities, diversifieds and true specialties has grown even wider than pre-Covid, which will spur more activity from corporates looking to shift the balance of their portfolios toward more downstream, higher value-add products,” Valence’s Zachariades said. “This, combined with the pent-up demand from 2020, could lead to a record level of M&A activity in 2021, provided there is no broad-based resurgence of the pandemic.”

Covestro has long been on the radar of private equity investors. A number of buyout firms including Apollo evaluated the business, formerly known as Bayer Material Science, before it was eventually spun off in October 2015, according to people with knowledge of the matter. While its shares have risen around 66% since then, they have more than halved from their peak in early 2018, giving the company a market value of about 8 billion euros ($9.3 billion).

“We’ve consistently argued that the company looks undervalued and that, should public investors not appreciate this, strategic/private ones might,” said Sebastian Satz, an analyst at Barclays Plc.