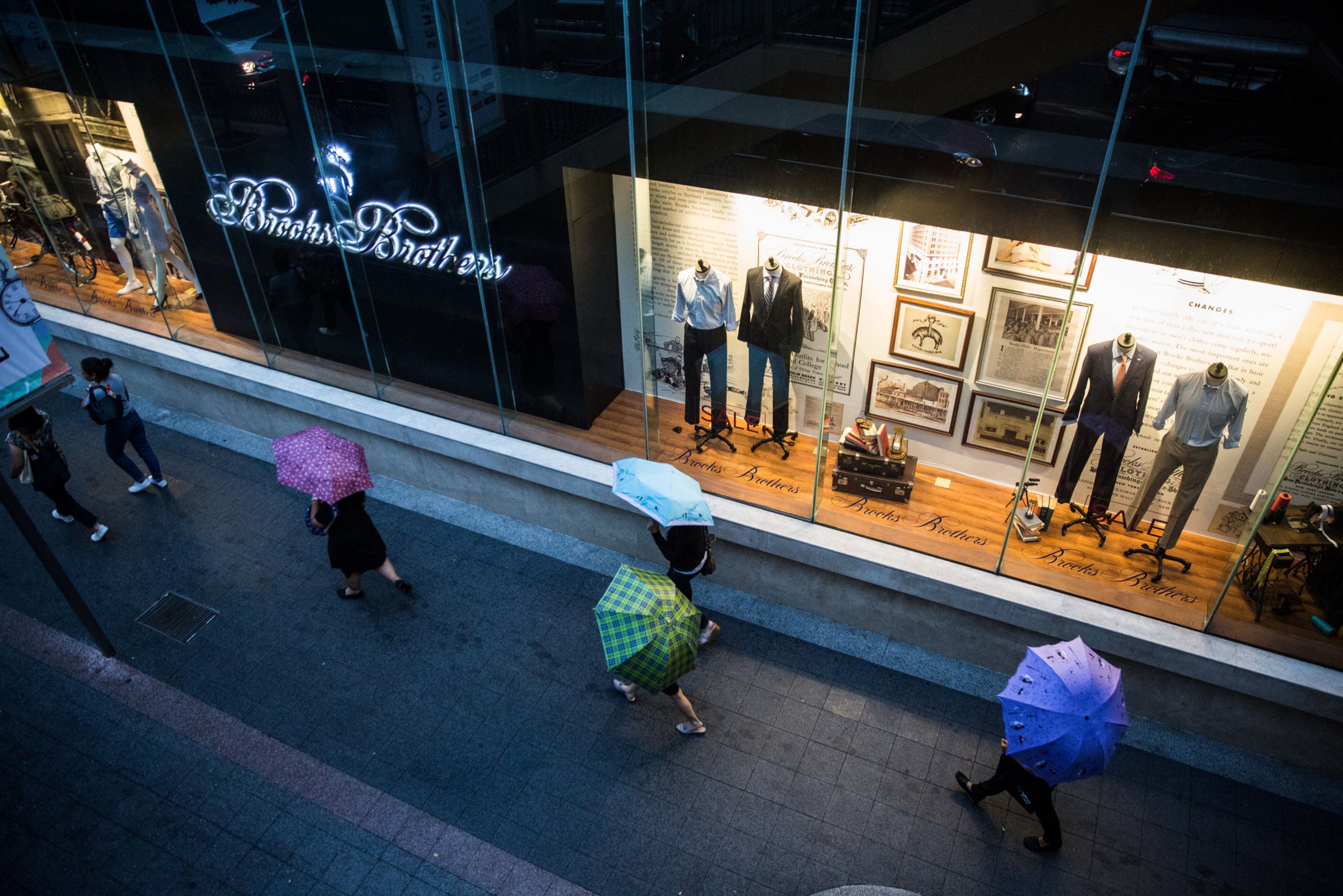 Sparc Group LLC, which is backed by Barneys New York owner Authentic and mall landlord Simon, agreed to a $305 million bid in a court-supervised auction for Brooks Brothers’ global business operations, according to a statement.

The group has committed to take on at least 125 of the clothing stores in its so-called stalking-horse bid, which sets a minimum price for the auction. A higher bid could still emerge before an Aug. 5 deadline as other firms prepare competing offers.

WHP Global is preparing a bid for the retailer’s assets, the firm confirmed in a statement to Bloomberg. “It’s early innings in the Brooks Brothers bankruptcy sale process,” and “we are big believers in the power of the Brooks Brothers brand, the global footprint and the management team,” said Yehuda Shmidman, chief executive officer of WHP.

Backed by funds managed by Oaktree Capital Group and BlackRock Inc., WHP was originally named the lender on Brooks Brothers’ bankruptcy loan before Authentic and Simon submitted a competing offer that ultimately won out.

Brooks Brothers’ agreement with Sparc comes with a $9.1 million break-up fee and up to $1 million in expenses if the stalking horse doesn’t win the auction, according to court papers. A hearing on the sale will be held Aug. 11.

Brooks Brothers said on July 8 when it filed for bankruptcy that it plans to permanently shut 51 stores in the U.S. It has 500 worldwide in 45 countries, with 200 in North America.

Bloomberg reported earlier that Authentic and Simon were positioning themselves to own the 200-year-old chain. WHP owns brands including the Joseph Abboud and Anne Klein nameplates.

The company asked U.S. Bankruptcy Judge Christopher Sontchi in Wilmington, Delaware, to approve rules for the bidding process and auction. Brooks Brothers is trying to attract as many suitors as possible to compete with the current stalking horse, or lead, bidder, the company said in a court filing Thursday.

“The goal of the Debtors’ continued postpetition sale process is now to leverage the Stalking Horse Agreement to have new or existing bidders submit offers for the Company’s assets,” Derek Pitts, managing director at PJ Solomon said in the filing on behalf of Brooks.

The case is Brooks Brothers Group Inc., 20-11785, U.S. Bankruptcy Court for the District of Delaware.