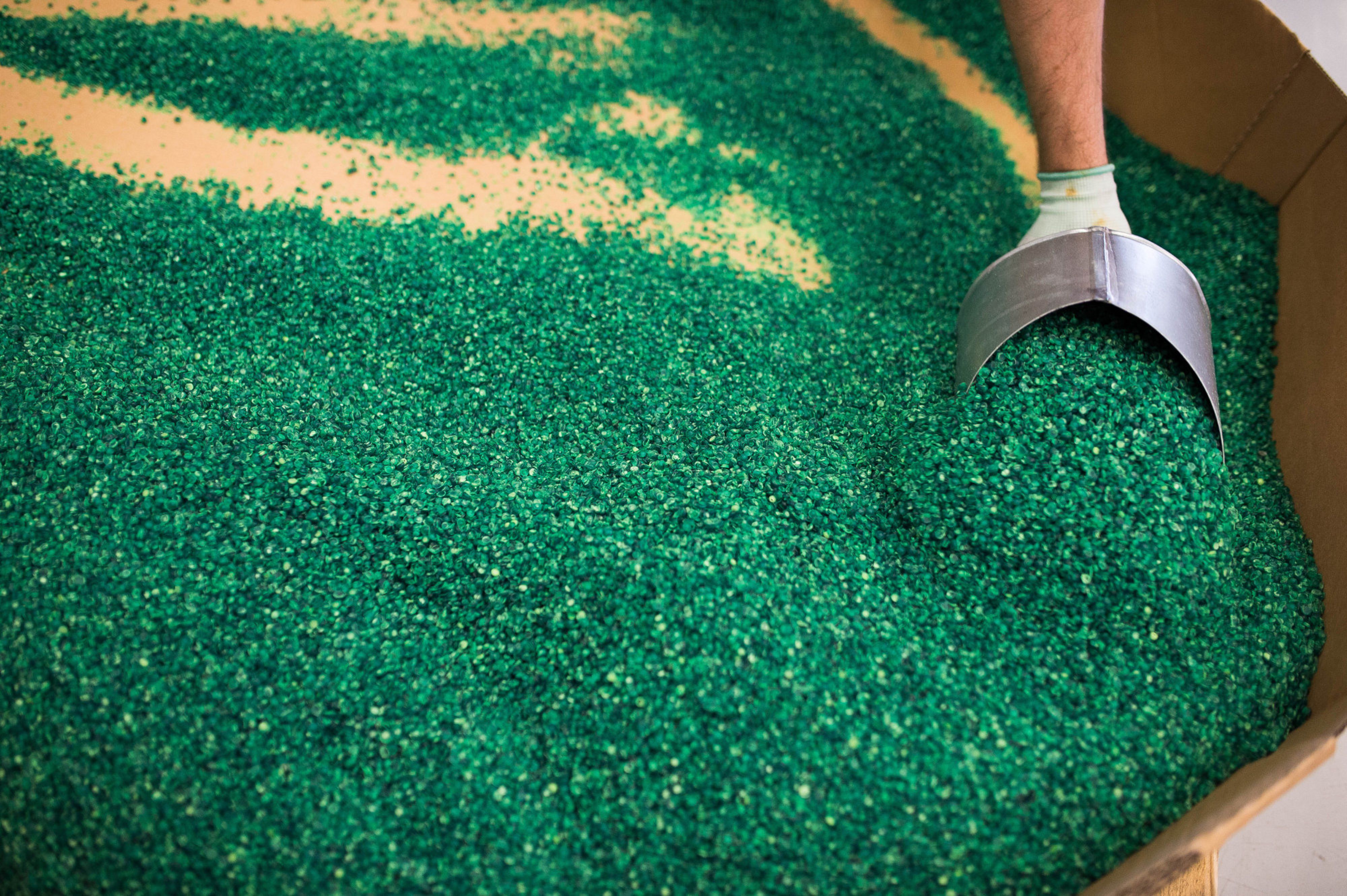 Apollo Global Management Inc., the buyout firm led by billionaire Leon Black, is exploring a takeover of German plastics maker Covestro AG, according to people with knowledge of the matter.

The New York-based investment firm contacted Covestro in recent weeks, said the people, who asked not to be identified as the information is private. Shares of the Leverkusen-based company jumped as much as 9.5% at the open of trading in Frankfurt.

Covestro was spun out of the drugmaker Bayer AG in an initial public offering in October 2015. While the company’s shares have risen 68% since then, they had more than halved in price from a high in early 2018 prior to today, giving it a market value of 8.2 billion euros ($9.7 billion).

Deliberations are at an early stage, and there’s no certainty they will result in a transaction, the people said. A spokesman for Covestro said the company regularly has dialogue with other parties about strategy and business opportunities, but there are no takeover talks with Apollo.

Apollo has broad experience in the plastics industry. Its prior investment in polyethylene-maker LyondellBasell Industries NV is still held up as a textbook model for a start-to-finish private equity transaction. Last year, it unsuccessfully targeted plastic-packaging maker RPC Group Plc.

A deal for Covestro would add to the $16.4 billion of announced deals targeting basic materials companies in Europe so far this year, according to data compiled by Bloomberg. Deal volumes in the sector are up 59%, buoyed by transactions including Ineos Group Holdings SA’s $5 billion purchase of BP Plc’s chemicals business.

Covestro has long been on the radar of private equity investors. A number of buyout firms including Apollo evaluated the business, formerly known as Bayer Material Science, before it was eventually spun off, according to people with knowledge of the matter.

While Covestro Chief Executive Officer Markus Steilemann has expanded the company into specialty markets, the slump in the automotive industry and impact of Covid-19 on earnings has laid bare its ongoing exposure to cyclical markets.