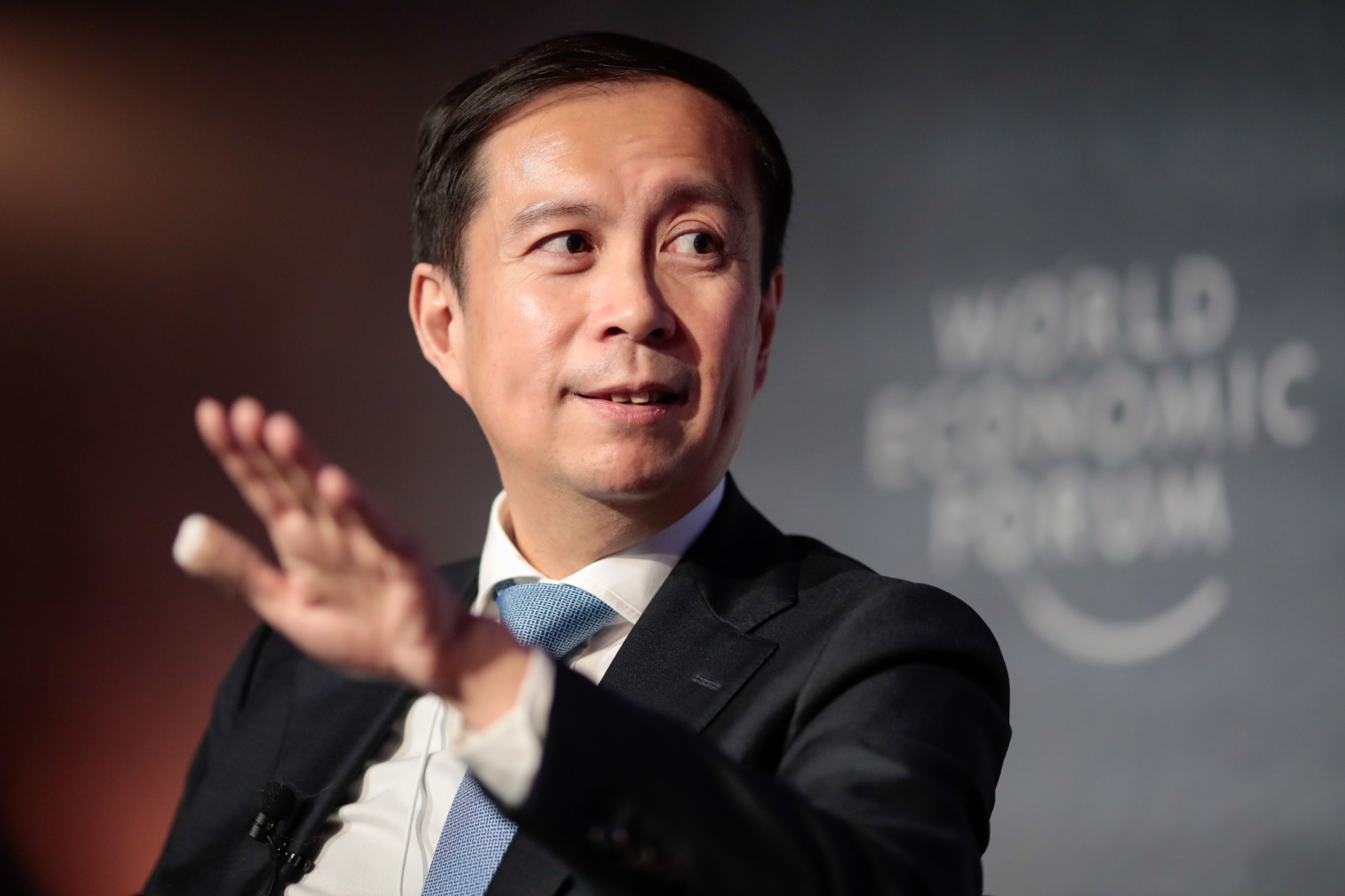 Alibaba Group Holding Ltd. will invest about $3.6 billion to double its stake in Sun Art Retail Group Ltd., taking control of China’s largest chain of hypermarts to try and fend off rivals like JD.com Inc. in e-commerce’s hottest growth arena.

Alibaba will raise its direct and indirect stake in the grocery chain to about 72% by acquiring equity from Auchan Retail International SA, then make a general offer to shareholders to buy out the rest of Sun Art. The latter’s Hong Kong-listed stock leapt as much as 30% Monday, its biggest intraday gain since 2011. Alibaba gained as much as 1.8% to touch an intraday record.

The deal signals the intention of Asia’s most valuable corporation to accelerate an effort to dominate one of Chinese e-commerce’s largest untapped frontiers. Alibaba Chief Executive Officer Daniel Zhang has made expansion into physical retail and the grocery business in particular a cornerstone of his growth strategy, an effort that paid off during the coronavirus pandemic. Sun Art already operates hundreds of hypermarkets across China under the Auchan and RT-Mart brands, a massive distribution and storage network that can supplement Alibaba’s own efforts in fresh produce.

The Chinese e-commerce giant is now grappling with intensifying competition from the likes of JD, food delivery giant Meituan Dianping and startups such as Tencent Holdings Ltd.-backed Missfresh, all chasing a market for groceries and fresh produce that HSBC expects to grow 2.5 times to 690 billion yuan ($103 billion) by 2022 from 2019. Alibaba was among the pioneers in that arena, announcing in 2017 it would spend about $2.9 billion for a 36% stake of Sun Art.

The deal “suggests that the tech giant seeks to further expand its one-hour home grocery delivery services such as Taoxianda, leveraging the grocer’s extensive offline hypermarts across China,” Bloomberg Intelligence analyst Kevin Kim said. “This could capture consumers flocking to online platforms, further induced by Covid-19 early this year, yet may hurt foot-traffic to the grocer’s physical stores.”

Zhang has been directly involved in the expansion into what the company calls its “new retail” strategy, combining e-commerce with physical stores. He helped launch a startup called Freshippo within Alibaba that aimed to combine a grocery store, a restaurant and a delivery app, a business that’s underpinned an overall new retail division that’s grown into a $12 billion operation, contributing a fifth of total revenue in the June quarter.

As Alibaba increases its stake to a majority, Sun Art’s financial statements will be consolidated into the larger company’s. Peter Huang, Sun Art’s CEO, will add the title of chairman for the business.

Alibaba’s $3.6 billion investment to raise its stake in Sun Art to 72% from the 36% acquired in 2017 signals the company’s intention to strategically ramp up its supermarket retail services. The acquisition should boost its Taoxianda and Tmall Supermarket and help compete against JD.com, Meituan and Pinduoduo, which are also aggressively trying to push into fresh produce e-commerce.

The online groceries segment has leapt to the forefront during Covid-19 when shoppers shunned restaurants and physical stores, though the industry — which requires more complex logistical structures such as so-called cold chain storage — has proven difficult to crack in years past.

Alibaba’s initial moves into physical retail were closely followed by WeChat-operator Tencent, which has itself invested in brick-and-mortar chains such as Yonghui Superstores Co. JD now also operates its own thriving groceries business, while Meituan and up-and-comer Pinduoduo Inc. in recent years began investing aggressively in the arena.

Sun Art is the industry leader in China’s hypermarkets, operating giant Costco- and Walmart-style stores that sell everything from seafood to wine and furniture under one roof. It held 14% of the market share in 2019, according to global intelligence firm Euromonitor International. Alibaba has also invested in many other brick-and-mortar retailers including Shanghai-listed Sanjiang Shopping Club Co., Shenzhen-listed New Huadu Supercenter Co., and Hong Kong-listed Lianhua Supermarket Holdings Co.

Meanwhile, France’s Auchan has become the latest in a slew of foreign retailers to step back from China after struggling in the market. Last year, Carrefour SA sold an 80% stake in its China unit at a discount while German wholesaler Metro AG sold a majority stake in its operations there.

Big box offerings are faring better. Costco Wholesale Corp. opened its first outlet in China last year to frenzied crowds and is planning its third store. Walmart Inc. plans to quadruplethe number of its members-only warehouse chain Sam’s Club in China to 100 stores over the next eight years, as growth outpaces the company’s separate network of over 400 Walmart stores selling basic groceries.